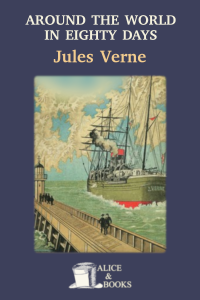 Book Around the World in Eighty Days Download free in PDF, ePub & Mobi

Around the World in Eighty Days is an adventure novel written by Jules Verne and first published in French in 1872. It is one of Verne's most famous novel.

Phileas Fogg is a rich British gentleman living in solitude. Despite his wealth, Fogg lives a modest life with habits carried out with mathematical precision. Very little can be said about his social life other than that he is a member of the Reform Club, where he spends the best part of his days.

The story starts in London on Wednesday, 2 October 1872. At the Reform Club, Fogg gets involved in an argument over an article in The Daily Telegraph stating that with the opening of a new railway section in India, it is now possible to travel around the world in 80 days.

Fogg places a bet of £20,000, which is equivalent to half of his entire fortune, against the rest of the club members in which he proposes that he can make the trip in those 80 days. The bet is accepted and that same afternoon, accompanied by Passepartout, she begins her journey, financing it with the rest of her fortune.

From that moment on, both embark on a journey that is the greatest adventure of their lives and which will not be exempt from problems and setbacks, which they will try to overcome to reach London before December 21, 80 days later.

The story of this book has been adapted to different media such as film, theater or television.

This digital edition of the book Around the World in Eighty Days is based on the translation by George Makepeace Towle, 1874.

The Around the World in Eighty Days book is available for download in PDF, ePUB and Mobi 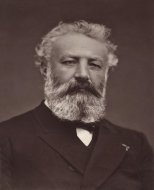 Jules Gabriel Verne was a French novelist, poet, and playwright.

Verne is generally considered a major literary author in France and mos...

The best Around the World in Eighty Days quotes

I see that it is by no means useless to travel, if a man wants to see something new.

A true Englishman doesn’t joke when he is talking about so serious a thing as a wager.

Solitude is a sad thing, with no heart to which to confide your griefs.

It may be taken for granted that, rash as the Americans are, when they are prudent there is good reason for it.

As for seeing the town, the idea never occurred to him, for he was the sort of Englishman who, on his travels, gets his servant to do his sightseeing for him.