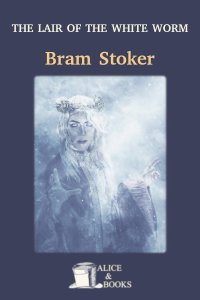 The Lair of the White Worm Book download in PDF, ePub & Mobi

The Lair of the White Worm is a horror novel written by Bram Stoker and published in 1911, the last novel written by Stoker. The main themes of the novel are mesmerism, curses and possession.

Adam Salton is a young Australian who, in the year 1860, receives a letter from an English great-uncle with whom he had lost contact. The old man asks Adam to move to England to live in his mansion, since there is no other heir in the family and he would like to leave his fortune to Adam.

Adam accepts the request and moves to England, where he immediately strikes up a loving relationship with his great-uncle, deciding to settle in Lesser Hill. Upon arrival, he meets a friend of Richard's, Sir Nathaniel de Salis, with whom he befriends.

"Adam Salton sauntered into the Empire Club, Sydney, and found awaiting him a letter from his grand-uncle.  He had first heard from the old gentleman less than a year before, when Richard Salton had claimed kinship, stating that he had been unable to write earlier, as he had found it very difficult to trace his grand-nephew’s address."

The The Lair of the White Worm book is available for download in PDF, ePUB and Mobi 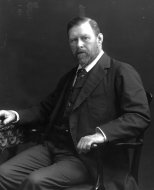 Abraham Stoker was an Irish author who is best known horror novel Dracula.

During his lifetime, he was better known as the personal assist...