The Turmoil is a novel written by Booth Tarkington and first published in 1915. It is the first book in the series called the Growth Trilogy, although it follows chronologically after the award-winning book The Magnificent Ambersons.

The Sheridan family owns a wealthy business empire and are millionaires. The plot centers on the youngest of this family, named Bibbs Sheridan. The boy is considered to be a bit "weird", as he hates the noise, the rush and in general all the hustle and bustle of the city.

The young man has no desire to be part of the business world and his personality is the complete opposite of his father's, who loves noise, business and the city. The father tries to transmit this ambition and passion for business to his son, but he is not really able to understand his son and the problems that are arising in his family.

"There is a midland city in the heart of fair, open country, a dirty and wonderful city nesting dingily in the fog of its own smoke. The stranger must feel the dirt before he feels the wonder, for the dirt will be upon him instantly..."

The The Turmoil book is available for download in PDF, ePUB and Mobi 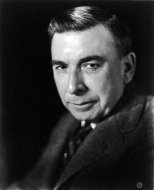 Newton Booth Tarkington was an American novelist and dramatist. He is one of only four novelists to win the Pulitzer Prize for Fiction more than on...