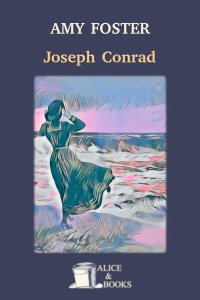 Amy Foster is a short story written by Joseph Conrad and first published in 1901.

Yanko Goorall is a young foreigner who is shipwrecked off the coast of Kent, England. When he comes ashore, he is shunned by the local inhabitants who are unaware of the shipwreck and think the poor man is simply a madman or vagabond. In addition, Yanko does not speak English, which frightens them even more.

However, thanks to a local, rather eccentric old man, Yanko gets a job and begins to learn a little of the language. There, he meets Amy Foster, a kind, gentle and kind-hearted maid. The two fall in love and end up getting married, a fact that was frowned upon by the local population.

The couple live in a cottage and have a son, Johnny. However, Amy is concerned about Yanko's behavior and in particular his determination to teach his son to pray in their strange language....

The protagonist of the story is partially inspired by Joseph Conrad himself. They both share that they are foreigners living far from their country of origin, in England. In addition, one of the scenes in which an incident occurs during a feverish process of the protagonist is very similar to a real episode that happened to Conrad.

Amy Foster's story was made into a 1997 film Swept from the Sea directed by Beeban Kidron and starring Rachel Weisz and Vincent Perez.

“He did not know the name of his ship. Indeed, in the course of time we discovered he did not even know that ships had names—‘like Christian people’; and when, one day, from the top of the Talfourd Hill, he beheld the sea lying open to his view, his eyes roamed afar, lost in an air of wild surprise, as though he had never seen such a sight before".

The Amy Foster book is available for download in PDF, ePUB and Mobi

Joseph Conrad (Józef Teodor Konrad Korzeniowski) was a Polish-British writer regarded as one of the greatest novelists to write in the English langua...