In the Dead of Night Book download in PDF, ePub & Mobi

In the Dead of Night is a mystery novel written by John T. McIntyre and originally published in 1908 by Philadelphia & London J. B. Lippincott company and it's dedicated to Alice Mumford Roberts.

This book is illustrated with original illustrations by Frances Rogers.

“Apparently it’s the same old town,” said he. “A little more light, a few more people; but the same cocksureness, the same air of being the goal of all human effort.”

With a smile, he lay back in his chair and watched the tide ebbing along. It was a November night and the pulse of Broadway beat heavily: the stream of life that flowed through the great artery was as flippant and as garish as a vaudeville. An orchestra was drooning behind some palms in the Berlin; it played one of those Indian things, filled with the throb of tom-toms and unusual combinations of tone.

But Kenyon listened inattentively. He ate the last morsel of his dessert with satisfaction, and drained the last drop of wine with appreciation; then he turned once more and watched the crowds. It was the first time he had been in New York in ten years; yet the glare and effrontery of its big highway was waking the fever of the city in his blood.

The In the Dead of Night book is available for download in PDF, ePUB and Mobi 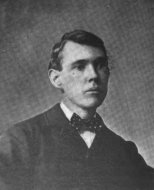 John Thomas McIntyre was an American playwright, and novelist of mystery and crime fiction.

We have 1 books by John T. McIntyre in Alice and Books library

The Hound of the Baskervilles
Arthur Conan Doyle