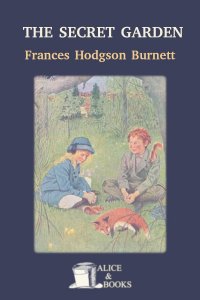 The Secret Garden is a children's novel written by Frances Hodgson Burnett and published initially in installments between 1910 and 1911, and as a book in 1911.

Mary Lennox is a young girl, ten years old, who lived in India with her parents. However, they have died due to a terrible epidemic that is ravaging their country. The young girl travels to England to live with her uncle, who is wealthy and owns a huge mansion.

Poor Mary has no friends and nothing to do there but explore and wander around the huge mansion.

One day, during one of her walks, she discovers a strange garden locked behind ivy-covered walls. This gives the young girl a little motivation and interest that she lacked until now. She will discover a magical place she could not even have imagined and will learn to enjoy the contact with nature.

It has been adapted several times to other media such as film or television and is considered one of the most outstanding works of English children's literature and one of Burnett's most popular novels.

The book is a classic, which has been read by different generations since its publication, and is especially appropriate for children around 12 years of age. It has a simple but elegant language and a very interesting fantasy theme.

The The Secret Garden book is available for download in PDF, ePUB and Mobi

Frances Eliza Hodgson Burnett was a British-American novelist and playwright who is best known for the three children's novels Little Lord Fauntler...

Five Children and It
Edith Nesbit